My dream career growing up was to be a dentist. I always vividly remember the moment it happened. I was about seven years old and watching The Cosby Show. Rudy's friend Peter had a toothache but was terrified of dentists. Cliff, using his usual comedic talent, eventually persuades Peter, and Rudy joins Peter and his dad at the dentist.

The scene at the dentist's office was fun and filled with laughs and imagination that helped Peter get over his nerves. Watching it as a kid, all I saw was a job that made children get over fears. I wanted to use out-of-the-box thinking to make scared people comfortable.

The dream stayed with me all the way into my first college stint where I went to Dental Hygiene school as a way to get closer and more familiarized with dentistry. After two years, I graduated and told myself dentistry is boring and wasn’t for me.

Your Mouth Is As Personal As It Gets

Your breath is with you all day. You taste it first thing in the morning, you eat foods, and drink beverages, and you talk to people up-close and personal. You may not care, but if you don’t practice good oral hygiene, other people suffer.

Being proactive is the key to living a healthy life. In a lot of cases, oral health, like so many other aspects of health, is something you can manage on your own. This 3-step oral hygiene protocol is one of the best ways to prevent bacteria build-up, which can lead to bad breath and various levels of periodontal disease.

Activated charcoal is made by burning a source of carbon such as wood or coconuts. The high temperature removes all the oxygen and creates a highly adsorbent material with a negative electric charge. The negative charge attracts positively charged, unwanted toxins and gas. And when you expel the charcoal, the toxins go right along with them.

If you smile into your mirror, you'll most likely see leftover charcoal around your gumline. This shows where plaque has been leftover on your teeth, and where it usually builds up. It's natural to have some residue.

Now, floss (I prefer unwaxed) your teeth and try to remove as much of the plaque/charcoal build-up as possible.

Step 3a: What Is Oil Pulling

Oil pulling has been a staple in oral health for thousands of years; starting in India by way of Ayurveda medicine. Ayurveda is a holistic medicine system that became part of everyday life around 3,000 to 5,000 years ago in India. Oral health practices of Ayurveda include chewing sticks, all-natural herbal brushes (Babool, miswalk, neem, and mango), turmeric, amla, aloe vera, garlic, and ginger). All of these have been used for all-natural oral health care because they combat various gum and oral diseases.

Extracted from coconut meat, coconut oil is one of the richest sources of saturated fat. Most importantly, coconut fat is unique because it is made almost entirely of medium-chain triglycerides (MCTs). MCTs are metabolized differently than the long-chain fatty acids found in other foods, and have many health benefits including, but not limited to:

The act of oil pulling involves swishing your preferred oil around your mouth for a set amount of time (usually 15- 20 minutes). This introduces lauric acid into the gums and on your teeth, allowing it to start breaking down harmful bacteria and plaque which are the major causes of oral health issues. With less harmful bacteria present in your mouth and in between your gums, plaque can’t build up, cavities can’t form, and your tongue gets an additional molecular scraping to curb bad breath.

Twenty minutes has become the preferred time limit because, after that, you start to reintroduce the same bacteria that you’ve been swishing away, back into your mouth. This is also why you brush after oil pulling.

The charcoal removes the surface plague and buildup, the flossing gets rid of the hard to reach bacteria and plaque while alsoopening up your gum pockets a bit. LAstly the oil pulling breaks down bacteria on your gumline while also making it into your gums to remove bacteria. And you end it all with a final thorough brushing.

Step 3b: Benefits of Coconut Oil

Like so many things, coconut oil gained notoriety, became a health fad, and became replaced with something else. Yet coconut oil still has the same amazing properties fad or not. Some of coconut oil's oral health benefits include:

You should do this every two days for two weeks to help fully rebalance oral health. Thereafter, two times a week is enough. Morning or night. 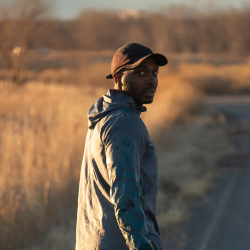